The people of El Hol camp for Palestinian refugees in the Syrian-Hasaka of families and young people who are not covered by the settlement in the States so far since the morning of Sunday, May, 6th 2012 sit in front of UNHCR site in the camp and protesters demanding UNHCR settled all of the rest of them without exception in the fastest time, and they said that they do not retreat from this demands after the tragedy lived many years in the camp which they were deprived of the simplest things of life, they demanded UNHCR to speed up resettlement, especially after the unrest security close to the camp as all the people in the camp are scared and worried , and called upon to speed up the resettlement with their refusal to return to the Levant with UNHCR if they try to return them to the Levant, also called for expediting the deported have been resettled, the protestors refused to receive rations and other assistance to achieve when demands .

They also called upon all who can to deliver a voice and a story appeared sitting and deliver it to the media that there is no delay in it . 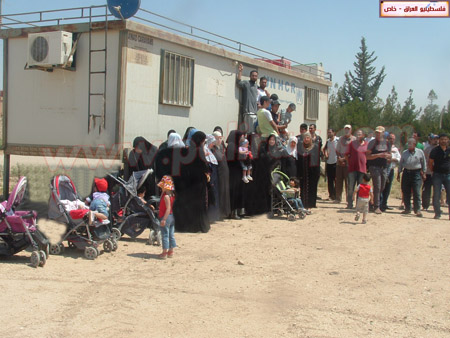 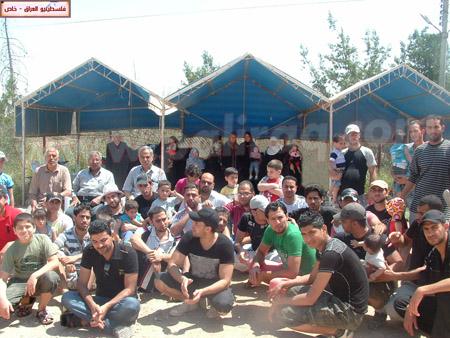 " All Rights Reserved To www.paliraq.com "